Yes, let’s do this 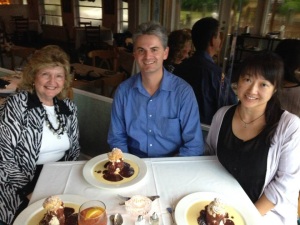 That’s how it started. Three people reuniting for dinner after a summer spent apart, and in the midst of sharing experiences, an idea germinated into action.

Naples, Florida (December 2014) – The Seymour Agency, in collaboration with Collier County Commissioner Donna Fiala and Simeris Alliance, has announced the publication of a series of books under a Global Heart imprint. These books are the first in a sincere movement to provide residual income to non-governmental organizations, B-corps, and L3C entities designed to combat hunger and homelessness.

The first book, The People’s Commissioner: one woman’s quest toward change, will be a collection of vignettes documenting Commissioner Fiala’s effect on East Naples and is expected to be published in September 2015. This first book will be dedicated to Youth Haven, Southwest Florida’s residential emergency shelter for boys and girls ages 6-17 who have been removed from their homes due to abuse, neglect, or abandonment.

“Have you ever been excited yet humbled at the same time? That’s what I feel now,” said Commissioner Fiala, during discussions regarding the book’s content.

Youth Haven’s Executive Director Jinx Liggett expressed her excitement for the project and offered a tour of the facility in early 2015.

The second book, Nowhere to Fall, will be another collection of vignettes with a different angle. This second book will be a collaboration among the leaders of the community and other authors and will be dedicated to another local organization.

The Seymour Agency is a leading literary agency based in New York representing over one hundred authors, many of whom are New York Times bestsellers and USA Today bestsellers.

I know as one person not much can be done to stop the wrongs of the world, but in the words of Jack Canfield, “Don’t worry about failures, worry about the chances you miss when you don’t even try.”

So what do you say? Would you like to try to change the world with us? One book at a time…

*Proceeds from the sales of the books will benefit the dedicated organization.

This site uses Akismet to reduce spam. Learn how your comment data is processed.